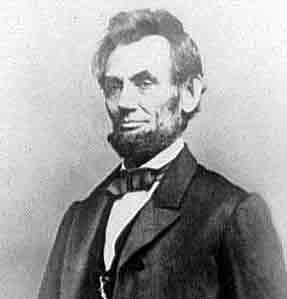 The happiest man in western must be Lt. Col. Rutherford B. Hayes of the 23rd , now in winter quarters at in . Hayes is a man with a warm, engaging personality, a perennial optimist who enjoys life wherever he finds it.

The 39-year-old Hayes exults in fair weather, carefully toting up in his diary the number of consecutive sunny days to date. He enjoys army life, savoring the rough-and-ready existence with all its discomforts. While others complain of boredom and discomfort, Hayes never does. His diary entry for the last day of the year is in character:

A lovely day today. Twenty-six fine days this month; a few [of] them cold, not severely so, but all good weather. Lucy getting on well.

Others might not agree. Gloom has settled on the North. Having embarked on war with high hopes for glory and quick victories, the Union side has suffered one humiliation after another: the capitulation of Fort Sumter, the embarrassing rout at Bull Run, the shocking disaster at Ball’s Bluff, and, to top it off, the puzzling lethargy of Maj. Gen. George B. McClellan and Army of the Potomac, a highly polished force that seems to be going nowhere.

These failings occurred in the Eastern Theater and were highly visible. Getting far less attention was Western Theater success in dominating most of western And there were encouraging signs of initiative in southeastern and western by Brig. Gen. Ulysses S. Grant, a promising man of action. Grant is an unknown, so Easterners aren't paying a lot of attention.

In , President Abraham Lincoln quietly labors away, besieged by critics from the left and right, as frustrated as everyone else, but never giving up. Among ’s difficult partners is the Congressional Joint Committee on the Conduct of the War (CCW), a group of Radical Republicans who want hard, swift action against the Confederacy. spends an hour and a half conferring with the CCW, then writes General McClellan an encouraging note because the committee’s doings “give you some uneasiness.” McClellan is right to be uneasy and so is , but the President is determined—for now—to be supportive of the general-in-chief of forces.

also replies to an “ugly” letter from Maj. Gen. David Hunter, who is complaining of “banishment” to a lesser command in . The President warns Hunter that “you are adopting the best possible way to ruin yourself.”

The weary ends the day by listening to serenades from four bands. We can only hope the music was soothing.

IT’S COMING SOONER THAN YOU THINK: —less than 3½ years from now!—will be the 150th anniversary of the outbreak of the Civil War. In 1861, April 12 was the day Confederates opened fire on in .