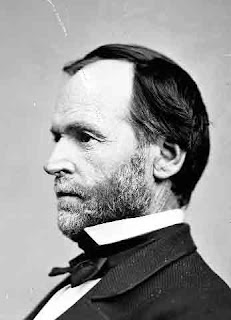 still doubts his ability to command effectively: “I am not yet assigned a command and hardly know whether to push it, or take it easy, leaving Halleck time to assign ” He also fears the outcome of the war: “If I could see any end to this war, save ruin to us all, I could occasionally feel better, but I see no hope at all.”

And yet others are laboring on his behalf. Brother John had discussed Cump during a long interview with President Lincoln and reported “the President felt kindly to him.” Ellen wrote a blistering letter to a newspaper that had copied the Commercial story and Ellen and John was able to persuade both the and papers to publish retractions. Brother Philemon Sherman had already written the Commecial to refute its claim, enclosing a letter from Halleck to that effect. In , Halleck spoke reassuringly to Cump (while privately telling his wife “certainly he has acted insane”).

For a West Point-trained warrior, William Tecumseh Sherman is off to a very bad start in this war.

IN NEWS ELSEWHERE: Newspapers arriving here from abroad reveal the anger of the British public over the affair. Suddenly, the U.S. Navy’s halting of the British ship to arrest two Confederate envoys doesn’t seem the brilliant idea it had at first. The New York Times editorializes hopefully that this is no more than “the work of the excited English press, and not at all the utterance of the English government.” The Times is wrong, and even it admits the reaction by English newspapers “threw Wall Street into such a paroxysm of alarm, and created so much excitement in [] at large.”

, we have a problem.

THE BIG PICTURE: So far, the Confederacy seems to be doing well and the has made progress here and there, but the situation is troubling to both. The Confederacy controls 11 states, plus significant portions of and . And yet, there are troubling developments. The Union navy is nibbling away at the Confederacy’s coastline, with scattered toeholds Fortress Monroe in to . And, thanks in large part to troops, western has effectively been wrested from Confederate control and the largest portion of is still in Union hands. Further west, Ulysses Grant is consolidating his grip on southeastern and thinking ahead to more dramatic achievements. But in the Eastern Theater, Maj. Gen. George B. McClellan’s huge Army of the is going nowhere